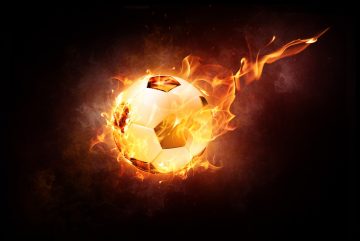 The 63-year-old German has joined from Lokomotiv Moscow, where he was manager of sports and development, and will take over from caretaker boss Michael Carrick until the end of the season.

He will then take on a two-year consultancy role at the club.

«I am excited to be joining Manchester United and focused on making this a successful season for the club,» Rangnick told manutd.com.

«The squad is full of talent and has a great balance of youth and experience. All my efforts for the next six months will be on helping these players fulfil their potential, both individually and, most importantly, as a team.

«Beyond that, I look forward to supporting the club’s longer-term goals on a consultancy basis.»

First-team coach Carrick – who has overseen a Champions League win over Villarreal and a draw at Premier League leaders Chelsea, where he dropped Cristiano Ronaldo – will remain in caretaker charge until Rangnick’s work visa is finalized.

Carrick has been in caretaker charge since Ole Gunnar Solskjaer was sacked just over a week ago.

«Ralf is one of the most respected coaches and innovators in European
football,» said United’s football director John Murtough.

«He was our number one candidate for interim manager, reflecting the
invaluable leadership and technical skills he will bring from almost four decades of experience in management and coaching.

«Everyone at the club is looking forward to working with him during the season ahead, and then for a further two years in his advisory role.»

After the success Liverpool and Chelsea have had with German managers Juergen Klopp and Thomas Tuchel, United hope Rangnick can also adjust easily to the English Premier League with the side sitting eighth.

The former Schalke, Hoffenheim and RB Leipzig coach has never worked in England before. He resigned from Schalke in 2011 because of ill health and was last a coach at Leipzig in 2019 when they reached the Champions League.

But he has also worked as a technical director hence why United feel he is useful as a consultant going forward.

Paris Saint-Germain boss Mauricio Pochettino remains among the favourites for the permanent job at the end of the season.

Solskjaer was originally appointed as an interim boss but ended up staying three years. Whether that is a possibility with Rangnick if results go well remains to be seen.

«Welcome to the Greatest Football Club in the World Ralf Rangnick,» he wrote on Twitter.

However, Neville’s ex-team-mate Rio Ferdinand believes Rangnick will have one eye on the main job.

«This guy is coming here not just to be the interim. He will be coming here to stake his claim for the job full-time,» he told his Vibe With Five podcast.

«Man United need to be rebuilt. Man Utd’s DNA hasn’t been there for years now and there is an identity that needs to be recreated that fits Man Utd.

«There is no better person in the world for me right now who would be able to do that.

«It’s a big ask for a club of this size but this guy has an absolute identity of the way he wants to play.

«Now they have an opportunity with someone who has the experience and
understanding and knows the detail behind building not only a team but a club from the ground up.»